Replies my questions on Webcast

Following yesterday evenings Council meeting, I can confirm that your questions were put by the Mayor to Cabinet Members and can be viewed on the webcast of the meeting.

Your question on air quality near schools begins at 52:50 of the webcast and was answered by Councillor Flemming and Councillor King.https://croydon.public-i.tv/core/portal/webcast_interactive/284431/start_time/3193000

Your question on the derelict site at the junction of London Road and St James Road begins at 56:05 of the webcast and was answered by Councillor Butler.https://croydon.public-i.tv/core/portal/webcast_interactive/284431/start_time/3363000

Campaigning in Redhill West and Meadvale 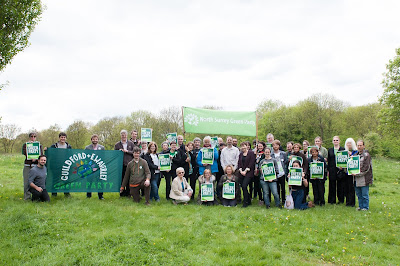 Last Saturday I joined many others in Redhill for a full day of campaigning for Rob Jarrett the Green Party candidate for Redhill West and Meadvale. After arriving I was given materials and sent out to canvass in the estate around Colman Way area.

Many issues came up on the doorstep including the lack of car parking space,  the hike in council tax attributed to adult social care and recycling bins not being collected.

The Green Party candidate finished second behind the Conservatives 2013 and I do think people were surprised by this when I told them, and actually enthused to vote Green to get the Tory out.

I had chance to take picture with Caroline Lucas who also came out to help Rob win the seat. 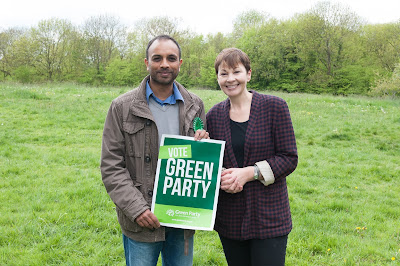