Labour selecting Jeremy Corbyn as leader has quietly excited many Greens. However, there are problem areas between JC and our party including: Trade Unions opposition to cancelling Trident, support for the coal industry and economic growth in a finite world.

Caroline Lucas has talked of a pact with Labour. Her open letter in the Independent had to be clarified a day later. 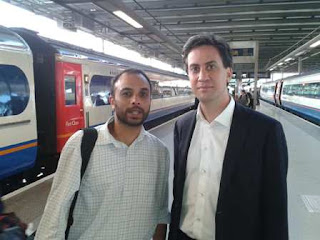 I haven't really thought about the idea of a pact with Labour. There are too many variables to consider including, Labour's Blairite wing (eg. Croydon North's Steve Reed MP).

However, I think Caroline's suggestion of Greens standing down to aid Labour in exchange for electoral reform doesn't go far enough. At the very least Labour should stand down in say five constituencies, including Bristol West in 2020. In return, Greens could, off the top of my head, stand down in say twenty constituencies -  a ratio of 1:5, to ensure 20 Labour gains. It is entirely possible that Croydon Central would be a seat that Labour would want Greens to stand down in.

How to start an incinerator 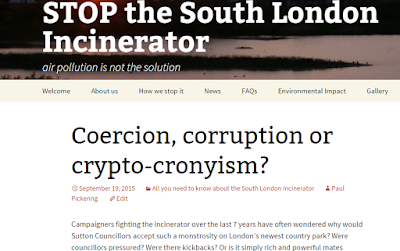