Saturday night to Sunday morning as the clocks go forward

Busy weekend: What a great turnout on Saturday at the Stop The Incinerator fundraiser in Beddington. I was invited to say a few words during the interval - whilst speaking I thought to myself there's a lot of people out there! The event finished quite late. On Sunday we were campaigning in South Norwood at 10am (9am in reality - clocks went forward)!

A few years ago we had some work done on our kitchen and dining room. A wall was knocked through, some bricklaying done and new kitchen fitted. I actually knocked up a video of the transformation!

After the work was completed there were some bags of rubbish and building materials, such as a bag and half of sand, that remained in our back garden. It remained in our garden for a while. Occasionally I thought I had better take the rubbish to Factory Lane Waste Transfer and Recycling Centre, but it was usually after a downpour and I figured I didn't want to carry the soaking bags of rubbish through the house. Such is the way the mind works, after a few weeks/months one forgets that its an unsightly pile of rubbish and instead it becomes almost a fixture of the garden. Anyway, I eventually removed it.

The important fact is that apart from our household, no one else had to view the rubbish on our property.

The Selhurst By-Election in a funny way reminded me how as residents of Selhurst had become oblivious to rubbish. Rubbish had become a fixture.

On the final Sunday before the election we had an Action Morning in the ward. A couple of our colleagues from Carshalton joined us. Here we are all just before we set out: 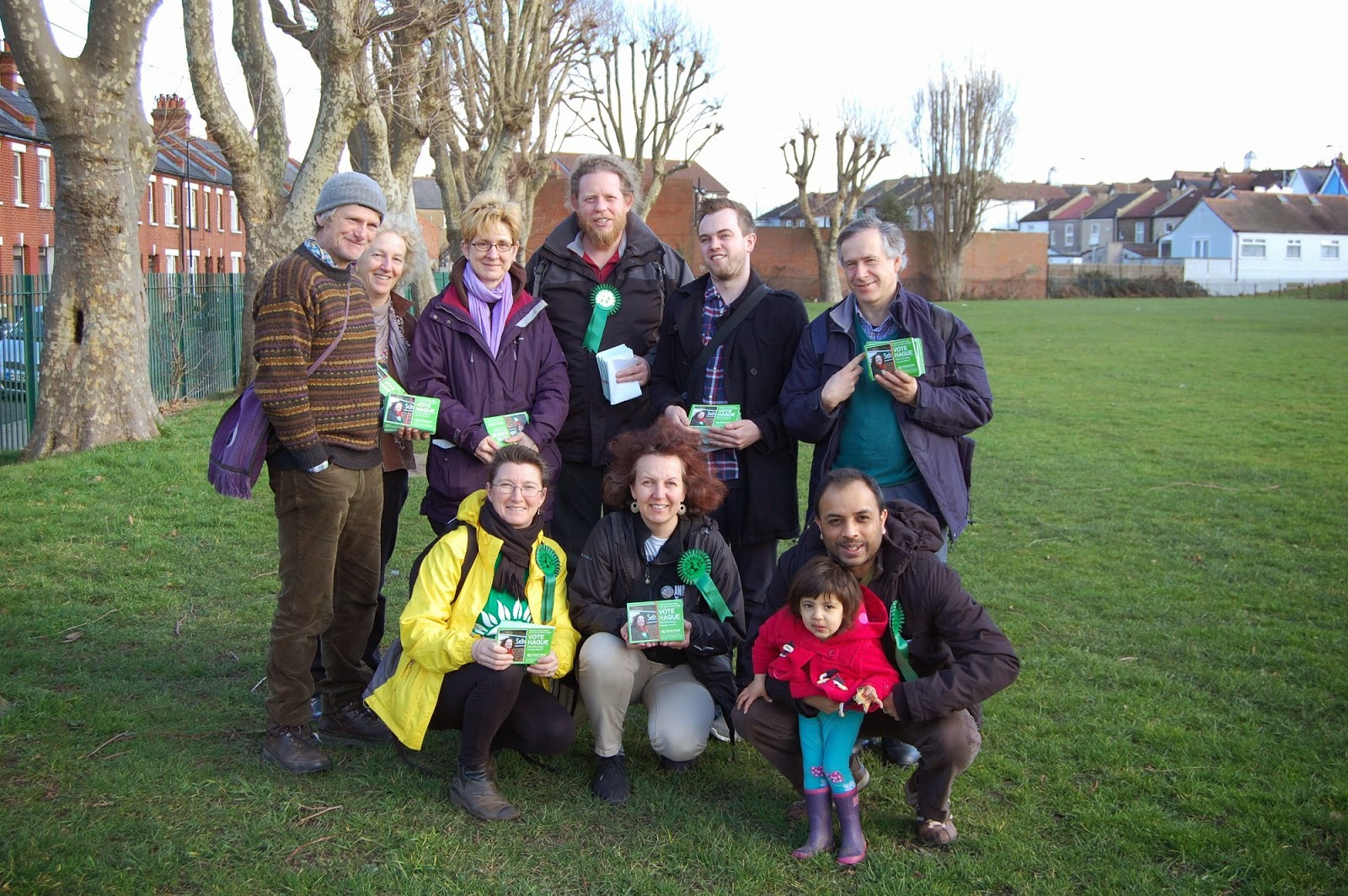 After the session our colleagues from across the borough boundary, who were leafleting in a different part of the ward, mentioned that there was a lot of rubbish about in Selhurst. This usually means flytip rubbish, but they qualified their observation by explaining it was on peoples properties. Rather defensively, I said it comes from living in a densely populated transient area, with high levels of rental accommodation.

The sheer fact is that I am used to the rubbish on the streets and in peoples front gardens, and almost more fixated with flytipped rubbish which I constantly report using the My Croydon App. However, for people living in Carshalton, Selhurst in comparison must seem like a depressingly rubbish ridden area but my senses are more accustomed and accepting to it.

Since the election I am a whole lot more acutely aware of visible rubbish that is not on public highways. Behind fences seems to be common location. Therefore, not on a public highway, instead pushed through a gap in a fence on to someones land to remain in perpetuity, away from the highway thus removing it from the responsibility of the council contractors.

Here are a couple of examples that are destined to remain indefinitely [I have attempted to ensure the property cannot be identified]. 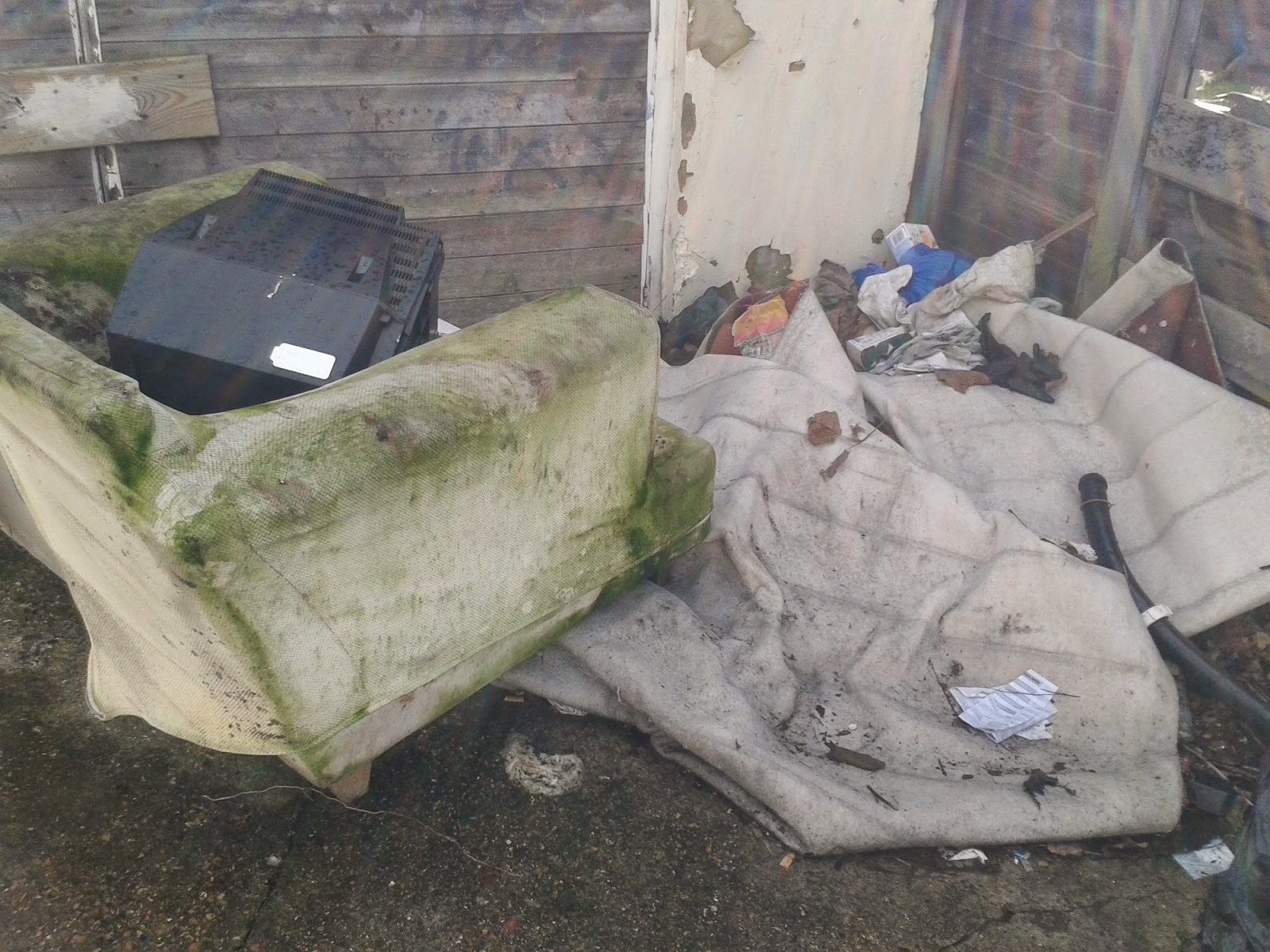 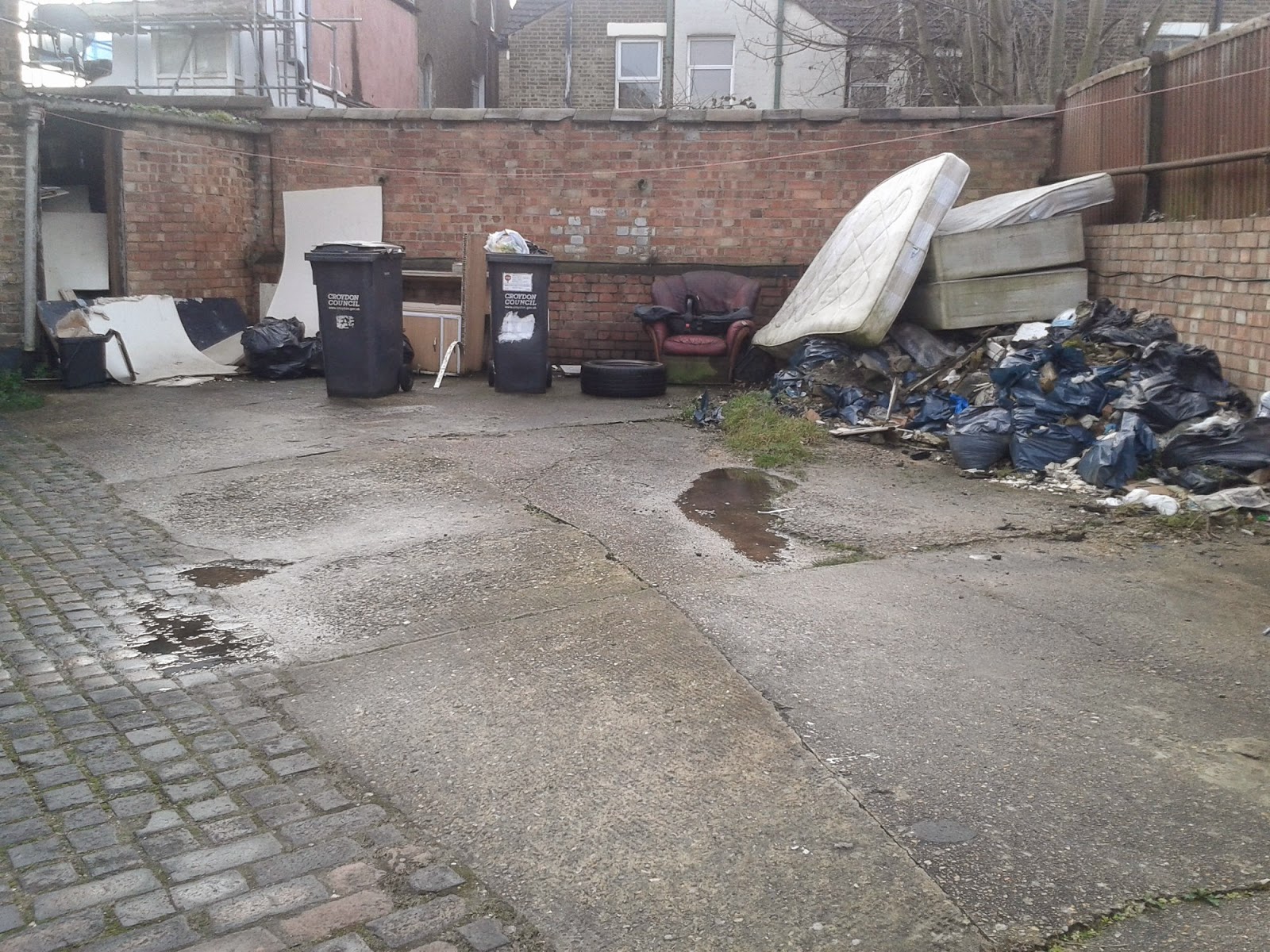 I assume the occupiers of the above properties may well be short term tenants who probably feel it is not there responsibility to clean up the mess left by previous occupiers . Equally, It maybe the case like me with the rubbish in my garden, the present occupiers have become oblivious to the rubbish.

Something that one can also be oblivious about is elections in Selhurst. Over 80 per cent of the electorate did not vote.The fact of the matter is Labour have embarrassingly huge majorities in several wards in north Croydon. The winning candidate David Ward has a job for life. All he has to do is ensure the members of the Labour party who live in Selhurst are kept on side. Thereafter it's an easy ride knowing once selected, you will be elected.

Tracey did really well. She polled only 98 votes behind the Conservative candidate and finished unexpectedly ahead of UKIP [okay by one vote] and the Lib Dems. The declaration is here.