Yesterday, the Returning Officer of our local party called the result of the vote to be selected as Green Party candidate in the forthcoming Croydon North by-election: I won!! Thank you to everyone who voted for me. 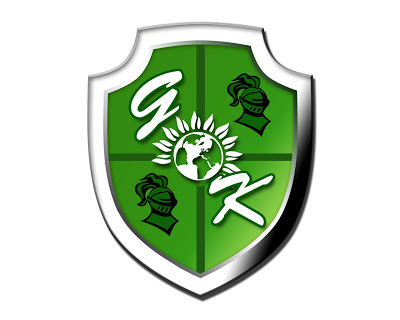 I've decided to publish my 300 word statement that accompanied the ballot papers:

A knowledgeable voter in Croydon North would be cynical of Members of Parliament and the governments they form. He or she would be keen on seeking out an alternative, especially as the convergence of the established Westminster parties and the death of ideological politics reduces the real value of their vote to practically nil. What further reduces the value of their vote is the fact that Croydon North is the safest Labour seat in London.

Hansard Society published the results of its annual audit of political engagement and declared that “indifference has hardened into something more significant, and disturbing.” Apathy is omnipresent.

Earlier this year a poll conducted by YouGov showed 62 per cent of the 5000 adults they surveyed felt that, “politicians tell lies all the time – you can’t believe a word they say.”

Step forward Croydon’s Green Knight! With such a backdrop, surely its time make use of the moniker I was nicknamed for my continued fight to improve the quality of life for the people in Croydon North, where I have lived for over 30 years.

My work in the area includes founding Friends of Thornton Heath Recreation Ground, working with local mums and dad’s to stop a mobile phone mast being erected outside a nursery in Selhurst, and campaigning to stop over-development in Upper Norwood.

I have stood as the Green Party parliamentary candidate for Croydon North on two previous occasions.

Given the unique circumstances that surround  by-elections: the protest vote, the low turnout, the proximity of the next General Election, not forgetting the disillusioned 14 per cent who voted Lib Dem in 2010, I feel we can poll considerably more than creditable number....we could even win.


The Green Party is set to take its place in a march to call for a better future for everyone – with two of its highest-profile members leading from the front.

Sutton & Croydon Green Party will be joining Green Party Leader Natalie Bennett and Brighton Pavilion MP Caroline Lucas on London’s streets on Saturday, joining thousands of others to demand A Future That Works.

Sutton & Croydon Green Party spokesperson Shasha Khan said: “The Government’s policies of cuts and privatisation are damaging the economy and hurting the most vulnerable in society. We need to build a more sustainable economy, create jobs and protect public services like the NHS and schools.“

The march has been organised by the Trades Union Congress, in protest against the Coalition government’s economic policies and to call for a new focus on investment to spark economic recovery.

The TUC, in common with the Green Party, opposes the government’s relentless cuts, which are reducing the state, slashing services, removing assistance from society’s most vulnerable and leaving a generation of talented young people unable to find work.

The policies are also failing to deliver the single achievement to which the government claims it is dedicated – cutting the UK’s economic deficit.
In fact, instead of reducing the deficit by 4.6 per cent as the government promised, nearly two and a half years of ‘austerity’ measures forced it to grow by 22 per cent between April and August.

Green Party Leader Natalie Bennett said: ‘We’re marching with hundreds of thousands of others to give the government the message that we have to invest in the future. The government can’t continue with its economically illiterate cuts. We must invest in decent homes, renewable energy, public services, public transport and the infrastructure we need to bring manufacturing back to Britain. We must restore food production systems within this country. All of these things are urgent, and need investment and planning to deliver.
This investment must be used to assist young people in finding fulfilling and worthwhile work.

The Princes Trust has revealed that the number of young people in the UK out of work for more than two years has increased by 168 per cent since February 2008.
‘Our young people are doing all the right things to secure a job and future, but we’re not doing right by them.’

The march leaves Victoria Embankment at 11am, and will end with a rally at Hyde Park.

Council are rubbish with their rubbish


An excellent investigation by local Guardian reporter Andy Bloss has revealed that Croydon Council are putting recyclables into landfill bins at their main office (Taberner House). Tracey was invited to make comment on their splash. Apparently, Tracey's comment appears in today's Daily Telegraph!