Videos from the Stop the Incinerator march

Gavin Barwell MP has a decision to make.

Curiously both Brendan and I sent letters to the local paper regarding Gavin Barwell's opinion on the incinerator. Certainly a first. I think I have more faith in Mr Barwell than Brendan. What d'ya think?

Brendan's letter can be read here

Croydon Central MP Gavin Barwell should be praised for speaking up for democratic values. At a recent Conservative 1922 Committee meeting, he was one of only two Tory MPs that spoke up in favour of reforming the House of Lords, and replacing it with an 80 per cent elected second chamber. Arguably, his democratic compass is in good working order. It cannot have been easy to speak up against almost all the other Conservative backbench MPs.

Given Mr Barwell is comfortable in taking an isolated position amongst Tory colleagues, I hope he explains to his fellow Conservatives in Croydon, that the proposed incinerator on the border of Croydon and Sutton is manifestly anti-democratic. Local people would choose a reduce, reuse, recycling and composting strategy over a giant incinerator every time.

The success of food waste collections in Croydon shows there is a real appetite for greener alternatives.

March to stop the incinerator 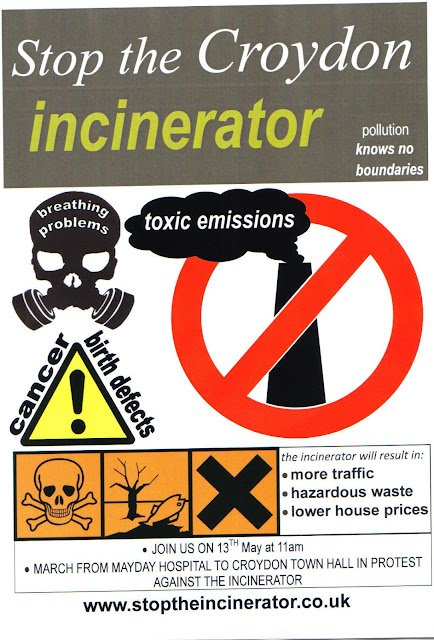