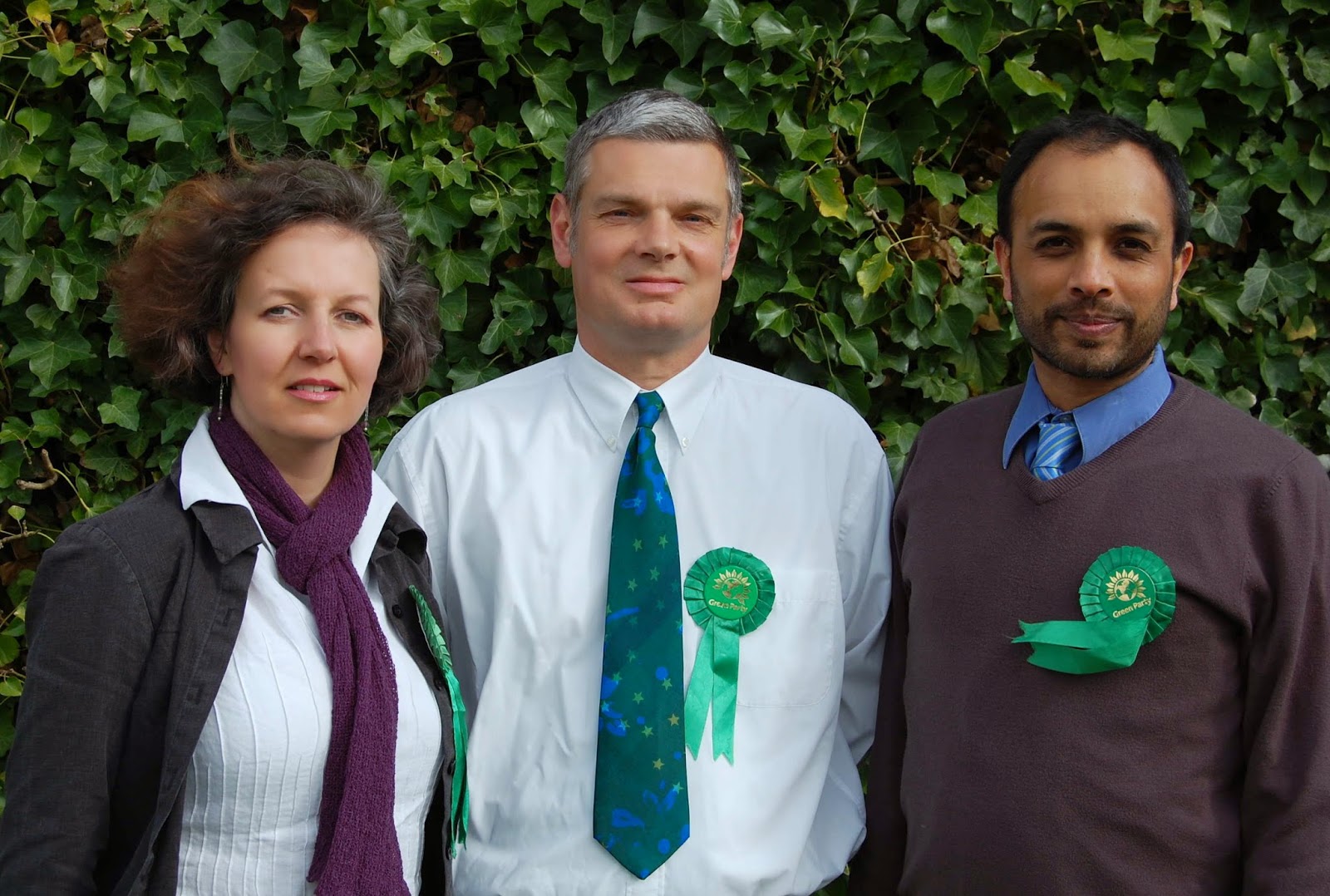 This is the first post - no doubt of many - which will cover the 2014 elections. The picture above was taken at Lloyd Park. Tracey Hague, Gordon Ross and yours truly have been selected for Croham ward. Croham is our target ward. Without any effort Greens finished third in the 2012 elections behind Conservatives and Labour in this ward so we're quite excited about our prospects given canvassing is going really well.

Tags croydon, greenparty
Posted by Shasha Khan at 9:41 am No comments:

First response to my fracking letter.

Labour - more specifically Waddon Labour Party - are the first to respond to my letter that appeared in the Croydon Guardian. Full version below.

Am I the only one that thinks that this is similar to how the Tories promised not build an incinerator?? Labour nationally are pro- fracking but after initially claiming to be against "urban fracking in Croydon", Waddon Labour are now saying that the "Labour Party in Croydon is opposed to fracking". The stakes are high, especially in Waddon - the top swing ward in the borough. Labour members are now publicly asking Greens not to stand in Waddon to ensure pivotal votes don't go to the Green party. Here is an example. Ostensibly, is it possible that Labour will say anything to win crucial votes to win Waddon ward? After all, there is a precedent. #waddonconservativecouncillors

This is an open letter to the Conservative, Labour, Lib Dem and UKIP parties in Croydon. Polls show that only half the country is in favour of shale gas extraction, otherwise known as fracking in the UK. Yet, the only party opposed to fracking in the UK is the Green party. Moreover, through talking to people on the doorstep, I have found that nearly all residents in favour of fracking have second thoughts if the well to be fracked is near where they live. Additionally, they cannot comprehend Croydon council approving such an application, but again have second thoughts when reminded the Prime Minister is changing planning law to monetarily reward councils for each successful well. What I have also found is that hardly anyone is aware that one of the very few exploratory fracking licenses to be granted in the UK, including the only one within the M25, covers a belt across the middle of Croydon.
Given the risks associated with drilling vertically for 1-2 miles and then horizontally for 1 mile, followed by pumping water, sand and a concoction of chemicals into the well at very high pressure, the other political parties in Croydon need to be clear, upfront and honest about their position. So the question I ask the other parties is: Will your local party defy national policy and join us in opposing all fracking applications in Croydon?