For Chipstead, Kingswood and Woodmansterne.

When looking at posts on Next Door, I sense that residents in Chipstead, Kingswood and Woodmansterne are very keen to avoid senseless infill development which gradually changes the appearance of an area.

Green Party councillors in Reigate and Banstead Council sit on various committees of the Local Authority and try to shape policy implementation in a fairer and more sustainable direction. Greens sit on Planning Committee for instance where we are keen to avoid overdevelopment - protecting the green belt but also the green character of many areas is a core value. However, Greens recognise this often means there is infilling such as back garden schemes which over time changes an area's character and quality, as has been happening at places like Nork.

Greens are also forced to navigate Government imposed targets for housing numbers (which are based on out of date statistics) in the Local Plan whilst at the same time pushing hard for for truly affordable homes ie Council Housing or socially rented provision across our Borough.

As Greens have to work with the policies set out in the Local Plan we cannot reject things outright but we do ensure that where for instance back garden sites are proposed for development these are very carefully scrutinised - layout and design notably density, loss of trees and biodiversity, building lines and so forth - to avoid overbearing and cramped development impacting on the community. We favour the concept of the 20 minute neighbourhood too (now in the NPPF) to encourage access to local amenities on foot and by bike ie other than the car. Avoiding unnecessarily high density infill schemes in such accessible areas is important since existing minimum standards would otherwise require high parking provision, or worse, generate off street parking and potential neighbour conflict.

I live on a road which suffers from potholes. Potholes need to be fixed properly and that means not waiting until the whole road needs resurfacing. I will make sure broken streetlamps, blocked drains and flytipping also get sorted.

Addressing the cost-of-living and climate crises

It seems Councillor Abellan has now resigned.  Before he handed in his notice, I was copied in to  a letter Cllr Nick Mattey sent to him:

I have to admit that dealing with the barrage of lies that spew from the mouths of Sutton Liberal Democrats is not just nauseating but stressful as well.  So much so that my GP has advised me to distance myself from anything to do with Sutton council. Having to confront people who are incapable of telling the truth .when you have spent your life avoiding such people takes its toll.  Nevertheless, I feel compelled to write to you regarding Viridors decision to dump Sutton Council with its deluded aspirations to go carbon neutral and get on with the serious business of burning as much waste as possible.

From Viridor's point of  View, Sutton Liberal Democrats are now surplus to requirements.  Gone are the days when they would make sure that their charity made donations to churches connected with the Liberal Democrats.  Gone are the times they would donate  £100,000 to help the fledgling SDEN  make its first tentative steps on its way to insolvency.  Gone are the times when Viridor would go hand in hand to fight Shasha Khans judicial review,  that alleged conflict of interest. That was the JR where Viridor and Sutton council forgot to tell the judge that as soon as planning permission for the incinerator was approved £275,000 would be on its way to Holy Trinity church.

By withholding this information  Sutton and Viridor got their desired incinerator and Sutton Council was able to screw £5000 out of Shasha  Khan. What a victory,  taking money from a family man who was just doing his bit for the environment?

The Incinerator is like a malignant tumor that is growing out of control.  From it emanates millions of carcinogenic particulates that then start cancers in innocent residents. .Residents hoped their council would protect them from harm. Instead, Sutton Council has created a cancer hub in Beddington that simultaneously pushes millions of tonnes of Green House Gases into the atmosphere.

Please do not reply that the incinerator only emits steam, if this was the case why would it require a permit from the EA. ?

Please do not reply that it's better than landfill, the only reason Beddington had a landfill is that the Liberal Democrat approved it.

In fact, 51% of the material burnt in incinerators is plastic and if plastic is landfilled it emits no GHCs it is inert.

You can read more lies put out by  Sutton  Liberal Democrats in 2013 to support  Viridor in the attached file .. Many of these leaflets were lovingly delivered by members of the congregations of the All Saints church  Hackbridge and Holy Trinity church. Wallington, They hoped a combined total of nearly £500,000 would come to their churches from Viridor's Charity, and miraculously it did.

The  £500,000 of taxpayer's money  Viridor donated, has brought great prosperity to Viridor. Viridor knew that the 275,000 tonnes a year to be incinerated claimed in the leaflet by the Lib Dems was false. Why should they intervene to correct it? When you have councilors who are prepared to lie to help your business it's best to stay quiet.

Can you remind me? when has Viridor told you that Sutton can go carbon neutral?

As  Councillor Zucheska has said I am one of the most obnoxious people she has ever met, somehow having strict regard for the truth in Lib Dem parlance equates to being obnoxious. 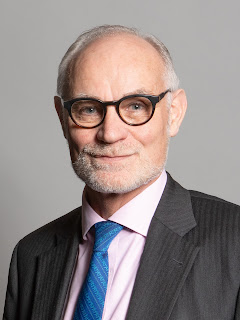 Thank you for your email before Christmas, and I hope you and your family had a good Christmas and New Year.

I am not able to answer this hypothetical question. What I can say is that my colleagues and I continue to scrutinise the Government and Ministers to ensure that the strictest standards are upheld, and I have not refrained from speaking out or voting against Government policy in the past when I felt this was not the case or that Government policy would not benefit the public interest. I hope it will reassure you to know that I will continue to do so in future.

Mix can be heard here: https://www.mixcloud.com/DJCosySlippers/bob-steel-rip-mix/

Above are the tracks I picked from Bob Steel's vinyl for a mix I've just done today.  The link will expire in 7 days : https://we.tl/t-A7oIVXV8Tx 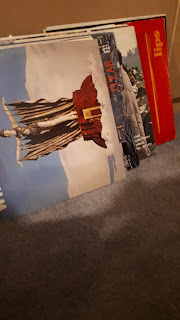 7 pictures that tell the story of the 6th of May election.


PICTURE 6
Firstly, the result: As there was a by election at the same time, there were two council seats up for grabs in the Reigate and Banstead Council ward of Horley East and Salfords. 334 votes from getting elected. Its the closest I've ever been to actually being elected.
In the Surrey county division of Horley East, the result was:
Jordan Woonton Beech (elected) Conservative 2,034
Tom Turner Labour 820
Shasha Khan Green Party 716
Electorate 10,490
Number of issued ballot papers 3,612
PICTURE 5
I really had a fantastic time knocking on doors and getting to know Horley and Salfords. The area covers the full width of the political spectrum, including a nationalistic vote. One of the Horley Conservative candidates was proudly wearing a full Union Jack outfit on his leaflet. At the Count, the same candidate - who duly got elected - and his cohorts, were wearing rosettes with the traditional Conservative logo altered to reflect their fondness for the nation, although maybe not one nation.
In 2019, UKIP stood in this seat. This time around there was no UKIP candidate. What seems to have happened here, and all across the country, is the UKIP vote has diffused into the Conservative column.
PICTURE 7
I must thank everyone that helped in the effort. It was an amazing campaign. Special thanks to local members Victoria, David, Joe and Will. Amazingly, one of our members lives right by the Salfords Village Hall polling station! Is it possible to take a photo with a Green Party poster and a Polling Station sign in the same shot?!
PICTURE 1
I met some wonderful people who were desperate for a Green councillor to get elected, including Penelope who went as far as promoting me on Facebook in a big way and putting a poster up.
Given Horley's proximity to Gatwick airport, I met several people who worked in the airline industry. One furloughed long haul pilot said he was voting Green and pointed out that when he was piloting his jumbo, he would look to conserve fuel as much as possible. Fair play to him!
PICTURE 4
The Green wave that was seen across the country was also experienced in East Surrey. All the target candidates won or kept their seats. Huge congratulations to them all.  Full details here.
PICTURE 3
The county elections and the borough elections were on the same day this year. My borough ward overlapped the county target division of Earlswood and Reigate South, specifically in an an estate known as the Copsleighs.
Hence, I was particularly pleased when the Copsleigh residents, who voted at Salfords Village Hall polling station, were rewarded with a new Green county councillor, the excellent Catherine Baart.
On the eve of the election, I spotted a rainbow right over the village hall. It delivered a pot of gold!
PICTURE 2
We mustn't forget we were still in the middle of global pandemic. Voters turned up to to polling stations with masks on, and candidates sat outside polling stations with masks on too! Its the sign of the times.

Just have a think!

Aside from the planned and successful Action Days, I've been meeting up with local Horley members to deliver leaflets. Last weekend I met up with David Borlace. He has a very interesting day job which he explained while we were pounding the streets around Smallfield Road.
David had worked in retail for the last 20 years. Then about four years ago he had life-changing experience: He read a book called A Farewell to Ice by Peter Wadhams. In the book, Wadhams reports on the melting Arctic sea ice and the catastrophic consequences of this continued occurrence.
The book inspired David to start producing some occasional videos and publishing them on You Tube. Then when the pandemic hit last year, David was furloughed. The setback actually allowed David to devote more time to his channel, entitled Just have a think.
The videos have become very popular. He has now got nearly 750,000 subscribers from all over the world, and thousands paying subscribers through Patreon. This has meant he is in a position to quit his day job and focus on his skill and passion.
I'm grateful for David to come help out in the campaign.
--------------------------------------------------
Posted by Shasha Khan at 10:54 am No comments:

Living on the border of Surrey, it is tricky to attend our local East Surrey Green Party meetings but Zoom meetings are a different!
Last night I attended the latest meeting, run via zoom, and found out the latest information about the local elections coming up in Surrey and Regiate and Banstead.
I had wondered whether local authority nomination papers, to stand for council, would be altered given we are in the middle of a pandemic. Usually ten signatures are required, last night I found out this had been reduced to just two.
The councillors in the group informed the meeting about local issues. It was fascinating to hear the latest news.
One of the issues that came up was a proposal for Reigate and Banstead Council to enter into a joint venture to build a business park in Horley. The Council has loaned £11m to a company that it wholly owns to purchase the land for the business park, which happens to be on a flood plain. Greens naturally oppose this. More details here: Keep Horley Green
Posted by Shasha Khan at 12:18 pm No comments: 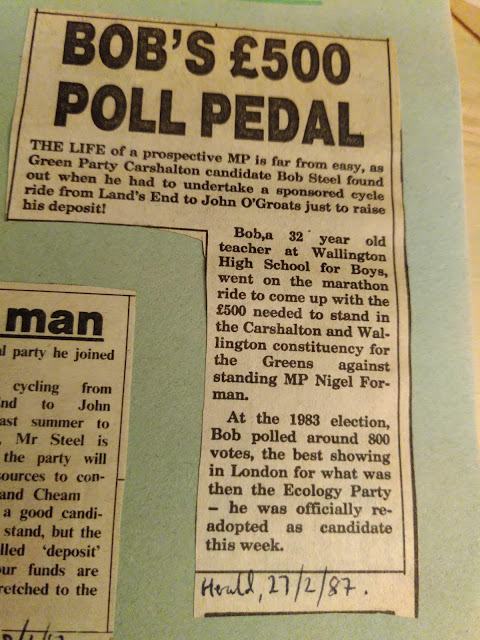 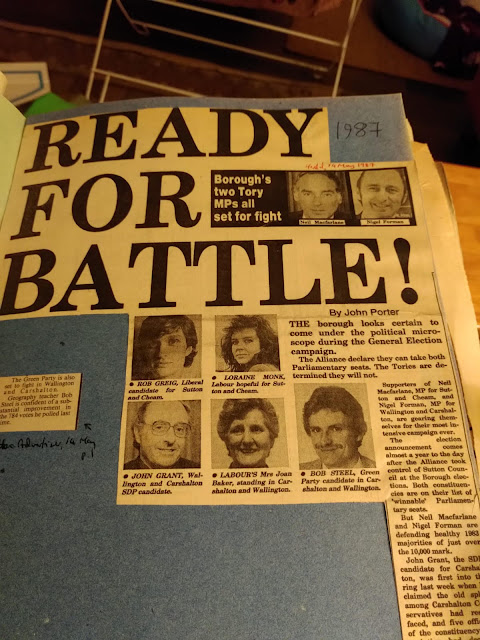 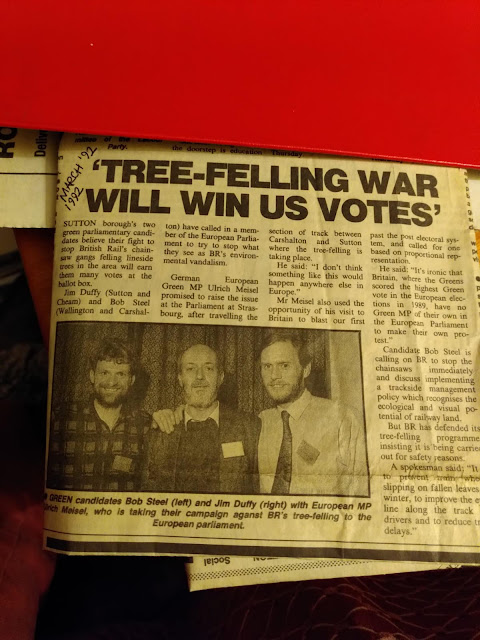 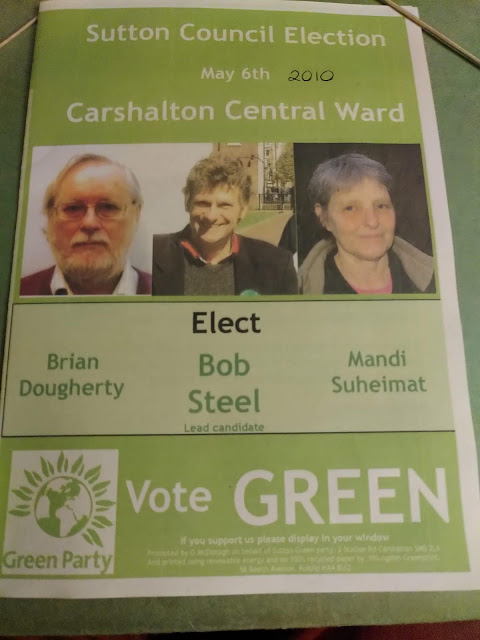 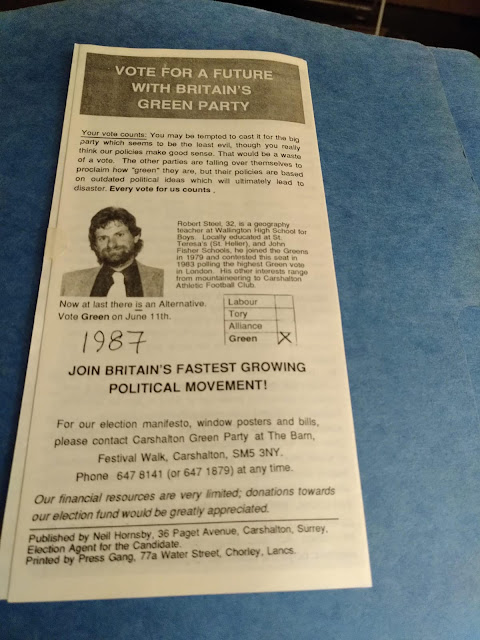 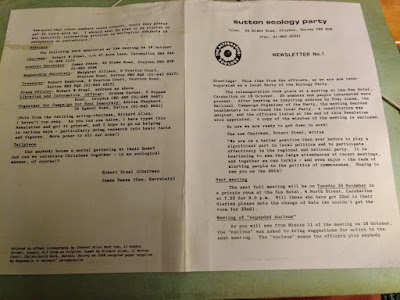 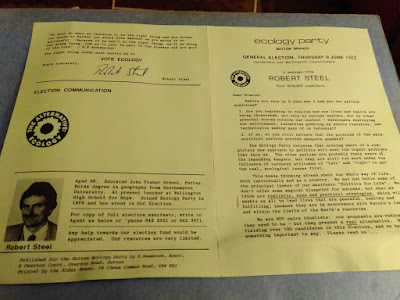 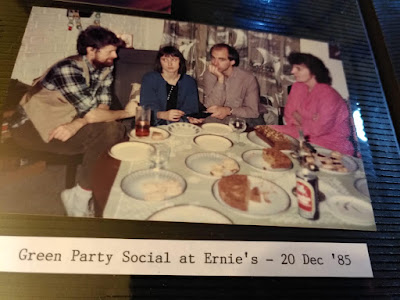 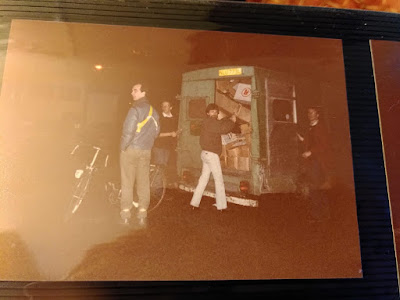 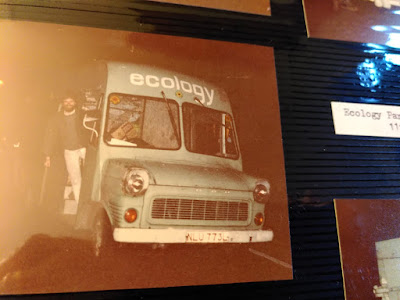 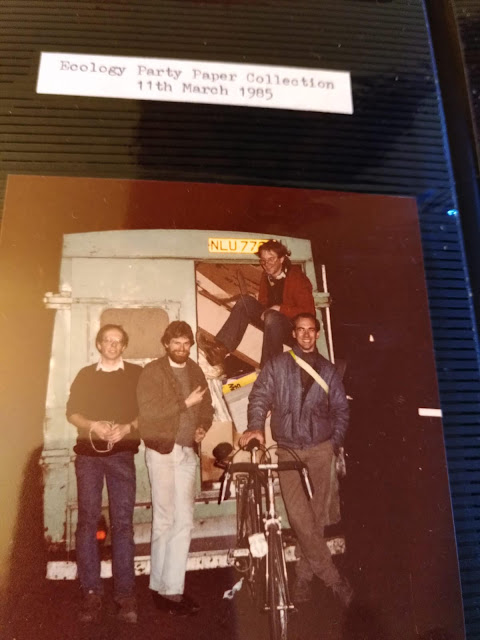 Tags croydon, greenparty
Posted by Shasha Khan at 10:42 am No comments: 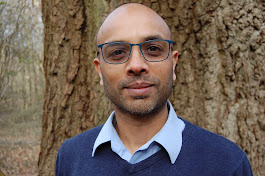