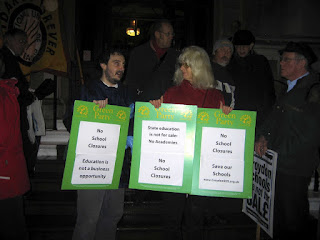 The full Croydon Council meeting on December 1st will be discussing the proposed school closures and creation of academies. Croydon SOS will again be demonstrating outside the town hall to show their disapproval. Campaigners made their presence felt at the last council meeting.
COME AND SUPPORT THE LOBBY outside Croydon Town Hall, Katherine Street

March on Parliament to demand that the government acts on climate now !
Part of a Global Day of Action - see www.globalclimatecampaign.org
- last year 70+ countries were involved !

The march will be preceeded by a climate protest bike ride starting from Lincoln's Inn Fields at 10.30 am:

The axing of the Crystal Palace Tramlink extension shows just how empty the promises are that Boris Johnson made during the mayoral elections. He called for ‘new ideas and fresh thinking’ about transport in London. He also pledged to introduce measures to tackle congestion and improve public transport in outer London. The travelling public in Croydon have simply been duped by promises that should never have been made, which Steve O’Connell, Croydon’s Tory GLA member, at least admitted.

Croydon residents need the Mayor to ‘make our transport system better to improve our quality of life’(another mayoral aspiration shelved). In Croydon traffic congestion is making rush hour journeys by public transport in the borough longer, forcing people to abandon buses for cars and increase congestion. Has the Mayor given up on Croydon and why weren’t we told earlier?

Save our Schools events

Lobby of council cabinet meeting - outside the Town Hall from 6pm on Thursday 13th November.

SOS - first in a series of public meetings at schools threatened with closure at Selsdon High School on 18th November at 7pm. 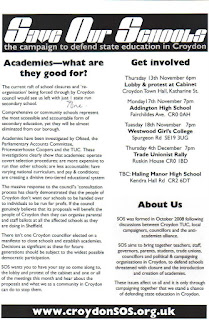 Well what a U TURN! Rumours had started to circulate that Addington High was going to be left alone in the councils’ revised schools shake up; but Westwood, being saved came completely out of the blue.

The flyer attached to this post lists the public meetings that had been organised by Croydon Save our Schools – it’s a good thing we didn’t print thousands of these.

Essentially, a group of like minded organisations - Croydon Trades Council, Croydon Green Party, NUT, NUSUWT, British Humanist Association, the Labour group and a host of other trade unions - formed Croydon SOS to stop this Academy madness in Croydon. It just goes to show what can be achieved if you mobilise and take on this the powers that be.

I am particularly pleased because I was given the task of securing the public meeting at Westwood Girls College. The principal of the school agreed to the meeting on 18th November. We had even secured Green Lewisham councillor Romayne Phoenix for the panel.

Additionally, having had discussions with experts in the field of discrimination, Croydon Green Party submitted a letter of concern about Equalities Impact Assessment to the consultation with regard to the planned closures (four schools closing – two super Academies opening) with reference to Westwood – a girls school.
Arguably, the council appear to be testing the water with regard to their plans for school closures and where they come up against resistance they shift their attention. The audacity of this Tory council is breathtaking.
So, the fight isn’t over. The council seem to be hell bent on this programme of madness and another school is now are being earmarked for Academy status. They have now shifted their attention to Archbishop Lanfranc . Looks like the council are simply going through the alphabet?? 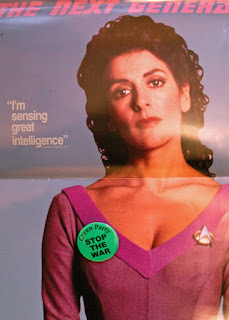 I must admit this study, which I first heard this morning on Five Live, has put a smile on my face. In fact a Green Party supporter who lives in Thornton Heath told me today that she was not surprised to hear that clever children vote Green as adults. Her son (aged 10) has a Green party sticker in his bedroom and has been accepted into Wallington Grammar school with one of the highest scores in the entry exam.

The study by the Univeristy of Edinburgh and UK Medical Research Council essentially concludes that children with higher IQ's are more likely to vote Green than Labour, Conservative or Lib Dem in later life. They are least likely to vote UKIP and BNP.