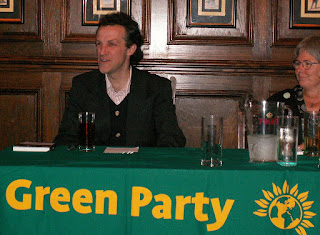 "Infinite economic growth on a finite planet is impossible - ecological considerations are more important than supply side economics and free market globalisation."

Upon hearing that the street lighting on the TFL owned Coulsdon by-pass are left on during the day, I am aghast on three fronts. First of all, will someone please switch the lights off!

Secondly, it is a waste of energy and it completely sends the wrong signal to the general public. On the one hand we are encouraged to switch lights off at home yet, as I understand it, we are seeing electricity companies content with leaving the street lights on, claiming that it only costs 20p per day/per light and that EDF will foot the bill. The reality is that it will be household customers and businesses that will have to foot the bill with increased energy prices.

Finally, I am baffled why solar powered or photo sensitive lighting was not installed or even stipulated during the design and build stage.
I have spoken with Green Party London Assembly Member Jenny Jones on this issue and she has demanded an explanation from the head of TFL, Peter Hendy.
--------------------------------------------------
Tags croydon, greenparty
Posted by Shasha Khan at 10:50 am No comments: Links to this post

"Wall speaks on the environment"

From the Croydon Guardian

The Croydon Green Party is holding a public meeting on Monday to discuss what individuals, businesses and Government can do to save the world.

Dr Derek Wall, the Green Party's principal speaker, is due to give a speech in the club room of the Spread Eagle pub in High Street from 8pm to 10pm.

I am not surprised Croydon North MP Malcolm Wicks is quick to respond to my letter regarding MP’s exemption from the Freedom of Information Act. He must recognise that levels of trust for our elected Labour and Conservative MP’s is at an all time low. Altering the Act to exempt MP’s is nothing short of a public relations disaster and adds to the cynicism that voters feel towards members of parliament.

Greens In the local papers 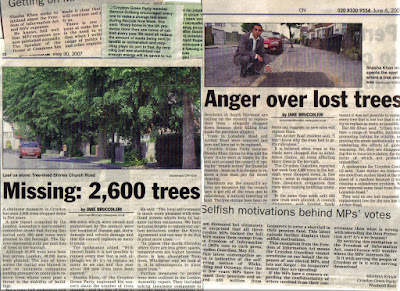 Links to some of the articles and letters:
FOI Letter
Missing 2600 Trees
Vegetarian Challenge 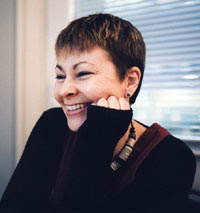 GREEN Party Euro-MP Caroline Lucas has beaten Gordon Brown and David Cameron to be named ‘politician of the year’ in the 2nd Observer Ethical Awards inassociation with Ecover.The MEP, who serves on the Parliament’s Environment, International Trade and Climate Change committees, was chosen ahead of the other two shortlisted politicians by readers of the Observer.
She was presented with the award last night at a central London ceremonyhosted by TV presenter Simon Amstell. Dr Lucas, who is also a Vice President of the RSPCA, said:
“I am delighted to have been named ethical politician of the year – but ofcourse this award isn’t really about me.“It’s about the Green Party, its policies and its fresh approach to politics.
“People are increasingly disillusioned with the three main parties and arelooking for a progressive alternative which genuinely has social andenvironmental justice at its heart.“
While the other parties might be beginning to wake up, to the issue of climate change, for example, only the Greens have both the radical policies needed and the political commitment to deliver them.
“Cameron and Brown may talk green – but its only the Green Party that’s doing green, as an increasing number of people up and down the country are realising.”
Ends

How to Save the World

HOW TO SAVE THE WORLD:
GREEN ACTIVISM FOR TODAY AND TOMORROW

A public meeting hosted by the Croydon Green Party

The core values of the green movement are people, planet and peace. With global poverty, environmental degradation and war seemingly ever increasing, what can individuals, business and government do to save the world?

Speaking at the event will be special guest Dr Derek Wall, Principal Speaker of the Green Party. Local Green encourages everyone to recycle.

The possibility of producing an adult fleece by recycling 25 two litre plastic bottles, among other recycling ‘transformations’, gives the UK the opportunity to dramatically enhance the environment’, local Green Party member Bernice Golberg said today as she encouraged everyone to make a change in Recycle Now Week (2nd – 9th June).

Mrs Golberg warned that although there have been many improvements, urgent progress still needs to be made before the UK matches the efforts of other EU member states.
Speaking with regard to the launch of the ‘transformation’ themed Recycle Now Week, funded by WRAP, Mrs Golberg commented; “Every home in the UK produces over 1 tonne of rubbish every year, that’s over 30 million tonnes each year for the UK as a whole. We must all reduce the amount of waste being sent to landfill or incineration and recycling plays its part in that.

“By recycling just one aluminum can enough energy will be saved to run a television set for three hours – an achievement that is essential as we face the climate crisis before us. 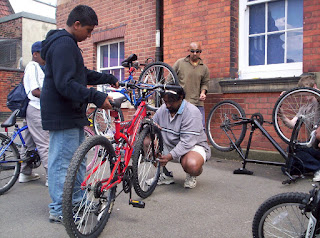 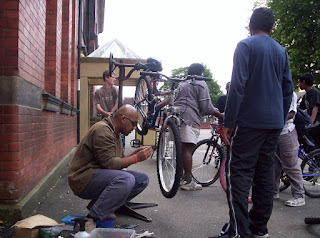 Well done to Green campaigner Channa and his volunteers who organised the free cycle check at Winterbourne school, Thornton Heath.

National Bike Week · June 16 - 24 is the UK's 9 day celebration of cycling. Whether you're a beginner or returning cyclist or a committed rider who fancies a longer all-day scenic tour of the borough, there'll be something for you.